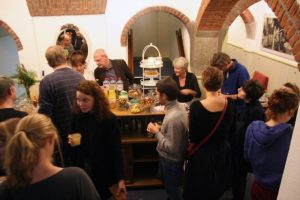 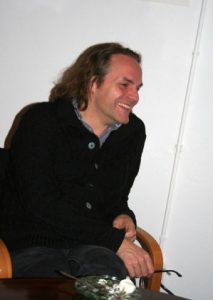 On October 26, 2015 a conversation was held between Jan Verwoert, Camilla Steinum and Aurora Passero at the Ru van Rossem Huis in Tilburg in collaboration with Whatspace and Incubate.

This conversation evolved around a series of talking points inserted by Jan Verwoert, all in line with what he than called ‘The Politics of Dirt’. These were:

Is all the stuff that becomes subject to cleaning, dust, hair, grime etc., dead matter , stuff that drops out from circulation, a sign of irreversible entropy and decay? Or would you conceive it within a more circular, metabolistic process where what decomposes feeds life and recomposition?

– Is dirt historically and socially specific?

Is there such a thing as Norwegian dirt, British dirt, Dutch dirt, German dirt, upper, middle or working class dirt?

– Is dirt smart or dumb?

something I wrote a long time ago, maybe it makes sense in this context…

In terms of the material process it feels, Aurora, you are walking the line between dyeing and staining fabric, the stain would be associated, conventionally, with dirt, or ruined garments or metaphorically with something shameful, stained, tainted in this sense have strong negative connotations, while dyeing would rather be associated with a processs of refinement. What are your thoughts on that?

(I recently read that urine  was used a lot as a colour binding agent, so that Florence in the old Renaissance days apparently stank of piss and in some cities they had the public latrines connected with the clothes dyeing workshops…then we would come full circle to the toilets)

With some of the matter, Camilla, you use as material to work with, it’s stuff that one deals with while cleaning, the hair, the dust, the grime, so material that would conventionally be understood as subject to menial labour, housework, maintenance. You turn it into the crude material for art production. For both of you, how do the politics of transforming what is conventionally framed (and gendered) as menial into the basis for production?

Again, these would conventionally be understood as opposite, when everybody who installs work, creates and curates a social space around art, actually knows that the difference between organizing and decorating a space  to get it ready before guests to arrive on the one hand, and getting the show up in time for the opening, on the other hand, practically feel like the same thing. What is your take on that? How does your experience of opening, running and hosting space inform your art practice?